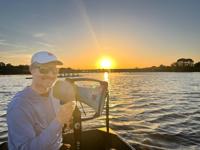 Ted has been St. Alban's Head Coach since the team was started in 1993.  2011 was an exceptional year for the St. Albans crews. The Senior 8 won the Stotesbury Cup and the 2nd and Freshman 8’s got silver medals at that regatta.  2017 was also a special season as Coach Haley guided the first ever St. Albans crew to compete at the Royal Henley Regatta in the Princess Elizabeth Cup.  Coach Haley has been named All-Met Coach of the Year by the Washington Post in 1997, 2007, 2010 and 2011.

In addition to coaching at St. Albans, Coach Haley has worked at the well-known Craftsbury Sculling Center. He has also coached many summers at Thompson’s Boat Club, where his Boys’ Junior 8+ boats have won three U. S. Rowing Nationals titles, in 1999, 2002 and 2005.

Ted works as a Lower School guidance counselor, Lower School hockey coach and teacher at St. Albans. He lives in Arlington with his wife and two daughters. 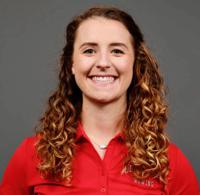 Grace began rowing her freshman year of college at The Ohio State University. During her time at OSU, she won two Big Ten Team Championships and helped the team two second place finishes. She helped the 1V8 finish 6th in 2019 and 7th in 2021 at the NCAA Championships. Grace was a five time scholar athlete, Academic All-Big Ten, and a Big Ten Distinguished Scholar during her time as a Buckeye. Grace graduated with a degree in Public Health in 2020. She returned for the 2021 season and began a master's degree in Public Health. Currently, Grace is training with the High Performance Program at Potomac Boat Club with aspirations to make the U.S. National Team.

Tom began his coaching career in the fall of 2009 at Gonzaga College High School where he coached for 7 years.  This included being a member of the coaching staff during the record-tying streak of 5-straight Men’s Varsity Eight Stotesbury Cup Regatta wins and two trips to the Henley Royal Regatta in England.  During his last three seasons at Gonzaga, Tom primarily worked with the freshman program including two years as the head coach.  Tom then transitioned to Georgetown to coach part-time with the lightweight men’s team, focusing primarily on the third varsity eight and novice rower development.  Tom then moved to Walt Whitman High School for the 2017-2018 season where he coached the freshmen boys.  His boat achieved a program-best third place finish at the Stotesbury Cup Regatta. Tom also started coaching for TBC Racing, a local club team, in the summer of 2018.  Tom joined the St. Albans staff in 2018 as an assistant coach for winter training and also the Head Freshman Coach in the spring.  In his first year as head coach of the freshmen team, his boat placed third at the Stotesbury Cup Regatta.

Tom rowed 3 years in high school, earning a silver medal at the Stotesbury Cup Regatta in the Second Eight his senior year. That year, his boat was also named Washington Post All-Met. He graduated from St. Mary’s College of Maryland in 2009, where he received a degree in economics. He was a member of the Varsity Men’s Basketball team and served as a team captain his senior year. In addition to coaching rowing, Tom works for the Food Marketing Institute in Arlington, VA right behind National Airport and enjoys his office’s view of the river.

Erin began rowing late in her junior year of high school at Long Lake Rowing Club in Minnesota in 2012. Within a few months, she was recruited to row at the University of Virginia, where she was a four-year letter winner, All-Conference, and two-time All-American athlete. She raced at the Under-23 World Rowing Championships in 2015 in the 4x, placing 4th, and in 2016 in the 8+, winning gold. After graduating with a degree in economics in 2017, Erin spent two years at the Olympic Training Center in Princeton, NJ, placing 4th in the 4- at World Cup III in 2018, 1st in the 8+ at the Head of the Charles Regatta in 2018, and 1st in the 2x at the Royal Canadian Henley in 2019. Erin currently lives in Arlington with her husband.

“I have enjoyed working with the remarkable student-athletes at the National Cathedral School the past two seasons, and I am grateful for the opportunity to continue to do so as the Head Coach. These student-athletes have continuously impressed me with their hard work, and I am excited to see what we will be able to accomplish. I look forward to working with the club and the school to create a positive and challenging training environment and continue to empower these young women through rowing.”

Erik is from the DMV area and started his rowing career at McLean High School and Thompson’s Boat Center, where he raced in The Head of the Charles and medaled at the Mid-Atlantic Erg Sprints. After High School, Erik was recruited to row at Lehigh University, racing in the River Cup, vs. rival Lafayette College, and at the Dad Vail Regatta. After graduating, Erik worked for the New York Post as a photographer before returning to DC to work as a photographer for the DoD. Outside of rowing, Erik has a passion for the Washington Capitals and Nationals